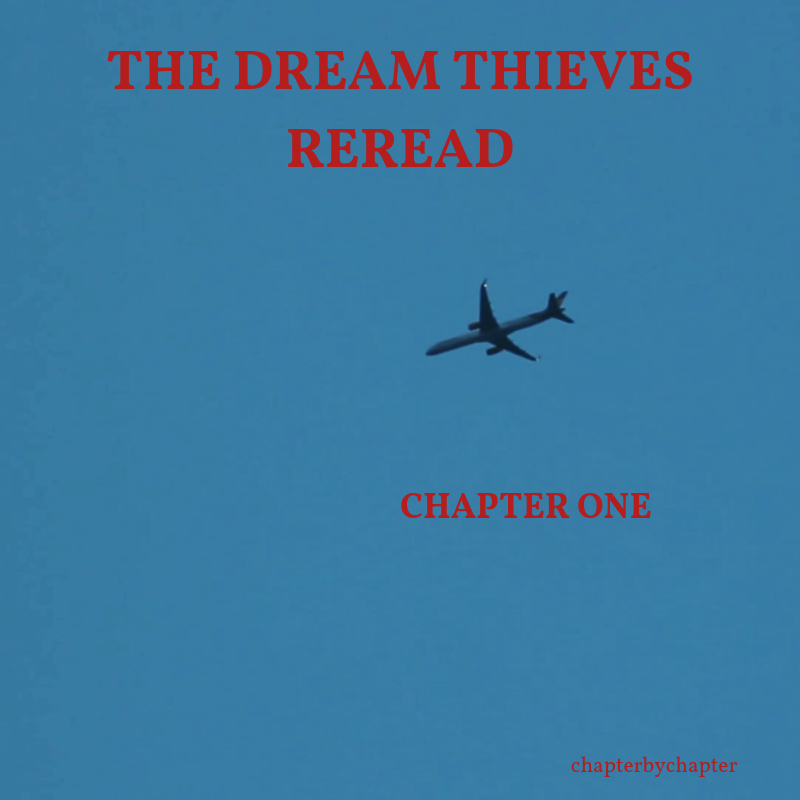 Theoretically, Blue Sargent was probably going to kill one of these boys.

Welcome to Dream Thieves, people! Where Blue Sargent owns 3 ½ boys who she loves but exasperate her to no end. There’s also the quick recap about the whole true-love’s-kiss-and-then-he-dies scenario, but we’ve talked about that extensively and you probably already know what’s up.

Right now, we’re standing on a hilltop. It’s windy. Gansey is busy being beautiful on top of the hill in his infamous yellow polo shirt, and Blue is busy thinking about him being turned into a statue outside a library so she can look at him all day long. That’s love, folks.

Except that Blue has just decided it’s not, because he made a stupid feminist joke. And, anyways, she already decided she’s into Adam. Who cares about Gansey’s “nice mouth” and “gloriously tanned legs?” Certainly not Blue Sargent.

Just in case you forgot who you were dealing with. (I’ve been doing a lot of reading for my classics class, and these adjectives remind me of a lot of the epithets you get in epic poetry—gaunt Adam and smudgy Czerny stood next to the war-painted Ronan).

Blue joins the circle and Adam touches her elbow, which is supposed to be romantic, I think. Ronan is too busy opening up a small model plane to notice. Upon closer examination everyone realizes the battery hatch is empty, and so the plane shouldn’t be able to fly. Adam points that out and Ronan makes fun of him for it. It’s all very teenage boy.

Gansey takes a more scholarly approach—there’s an empty space in the plane, something should probably go in there, right? Ronan sleeping brain answered missiles but he didn’t manage to take those, so Blue suggests grass seeds. Resourcefulness is one of her best qualities. Ronan thinks so, too, which is why he says “good thinking, Maggot.” Blue ignores him and compares the dynamics of their group to the plane’s controllers, which has five buttons. Adam is the button off to the side, apparently. This part isn’t very subtle.

I have three things to say about this section: first, Ronan calling Blue “Maggot” is very important to me. Second, shut up about how Adam isn’t “as close” as the others, Blue. He’s not the only one who was involved in a ritual sacrifice; your dad popped out of the ley line only to pop back in at the moment of your birth. We all deal with shit. And third, they are so very excited about this plane and it’s just a really cute way to start off the story. I kind of can’t get enough of it.

Ronan pitched the plane left and right, looping it around the crest, Chainsaw close behind. When the plane passed back overhead, he hit that fifth button. Seeds cascaded from the open hatch, rolling off their shoulders. Blue clapped and reached out her palm to catch one.

With Ronan’s superpower proved real, they gather up their stuff and resume their walk along the ley line.

I’ve said it once and I’ll say it again: what a lovely way to start a book! All of our favorite teenagers are back to making fun of each other in the Virginia countryside. After what happened at the end of the last book, with all those fraught conversations and angry looks, it’s nice to see them doing magic that doesn’t result in one of their teachers getting trampled.

I mentioned this briefly in the summary, but I think it’s worth repeating that it’s only chapter one and I’m already tired of everyone singling Adam out. Blue is pushing this idea that because Adam sacrificed his freedom to the ley line, that he’s somehow set apart from the rest of them, and that’s just not true? Out of the four boys Blue is observing, one is dead, one died and then was resurrected, one of them inherited the ability to pull objects out of his dreams. But somehow, Adam’s the only one who took it too far. It doesn’t add up!

I think it’s just because Blue is so aware of Adam, in the same way she’s aware of Gansey. And even with Gansey she’s too busy picking out all the things about him that sets him apart from her, the things she doesn’t like. She’s so used to feeling a special kinship with Adam because of their shared past that she’s not sure what to do about this divergence in future. Which, okay. I get that. But don’t compare him to the fifth button on the remote control. That’s just rude.

Overall, though, this chapter was emotionally and scenically beautiful. I want it painted, so I can hang it above the fireplace I don’t have.

Looking forward, I’m excited for a lot of things. Ronan and Blue’s relationship really takes off from here (Maggot was only the beginning), Blue learns to love more about Gansey than just his “gloriously tanned” legs, and we get more and more and more magic.

And Ronan stood there with his hands on the controller and his gaze on the sky, not smiling, but not frowning, either. His eyes were frighteningly alive, the curve of his mouth savage and pleased. It suddenly didn’t seem at all surprising that he should be able to pull things from his dreams.

In that moment, Blue was a little in love with all of them. Their magic. Their quest. Their awfulness and strangeness. Her raven boys.

They set off on the perfectly straight ley line, Ronan’s gaze still directed up to his plane and to Chainsaw, a white bird and a black bird against the azure ceiling of the world. As they walked, a sudden rush of wind hurled low across the grass, bringing with it the scent of moving water and rocks hidden in shadows, and Blue thrilled again and again with the knowledge that magic was real, magic was real, magic was real.

Comic Relief: Gansey making anti-feminist jokes was a little too annoying to rate this any higher than a 7/10